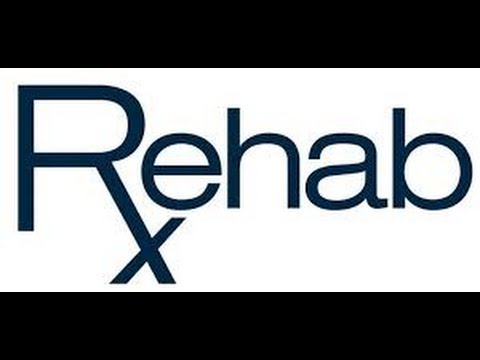 Going through old issues of the Wrestling Observer Newsletter and posting highlights in my own words. For anyone interested, I highly recommend signing up for the actual site at f4wonline and checking out the full archives.
 PREVIOUS YEARS ARCHIVE:
1991 • 1992 • 1993 • 1994 • 1995 • 1996 • 1997 • 1998 • 1999 • 2000
 Hi everybody! Man, I missed y'all. So in case you missed my explanation for why I took the last 2+ months off, basically my whole life changed recently. Wife got a new job that required us to move to a new city. Which meant I also had to find a new job, we had to sell our house, find a new place to live, get settled in a new city, and all that fun stuff. It's been a really hectic and crazy couple of months, but everything has worked out great and we're all good now. A million thanks to everyone for all the nice messages and well-wishes during all this. You guys are awesome and SquaredCircle is by far my favorite corner of the internet.
In the midst of all this, I finally managed to get caught up on writing these things. My plan is to hopefully keep the usual M/W/F at noon EST schedule that has worked so well for the last couple of years. But full disclosure, that may not always be possible. My last job was pretty comfortable, I could sit at my desk and surf Reddit while working at the same time and it was never a problem. My job situation has changed so this will probably be posted during my lunch breaks and that might vary. So while I will always try to post at around the same time as everyone is used to, that may not always be possible. So just bear with me while we make this work.
That's pretty much it. And now, let us begin....the final year of the Observer Rewind!
Oh yeah, one other thing. I hate to come back after such a long absence and drop a turd. But this issue kinda sucks and there's almost nothing major happening this week. But don't worry, they get better from here!


Kurt Angle had a star-making year. One of the best talkers in the business and already one of the best in-ring guys after only really one full year. Dave says if he continues to improve at this rate in 2001, barring injuries, he may be the best in the world by this time next year (yup).
Chris Benoit is probably the best in-ring guy in wrestling today and his jump from WCW to WWF (along with the other 3) pretty much tore the heart out of WCW and they've never recovered. Benoit was going to be a main eventer and likely multiple-time world champion in WCW, headlining PPVs and TV, and who knows what may have been different if he had stayed. They almost certainly would have still self-destructed, but at least the matches would have been better.
Triple H is the likely Wrestler of the Year winner and Dave wouldn't argue it. He spent 2000 as one of the top guys (alongside Rock) in WWF and had numerous MOTY-quality matches, was a top draw for PPV, tickets, ratings, everything. Held the title repeatedly. An incredible feud with Kurt Angle that unfortunately fizzled out but was great while it lasted, etc. Hard to argue that Triple H had the best 2000 out of anyone in wrestling.
Toshiaki Kawada. Without him, AJPW ceases to exist in 2000. His star power and that alone is the only thing keeping that promotion alive and the feud with NJPW has put Kawada in a position of having dream matches that will sell out the Tokyo Dome. His match with Kensuke Sasaki was one of the biggest matches in the history of Japanese wrestling. And in ring, he's a Benoit-level worker. You could argue that other wrestlers were better this year, but nobody was more valuable to their promotion than Kawada was to AJPW.
Mitsuharu Misawa didn't really have the kind of amazing in-ring year that he's been known for in the past. But the importance of the NOAH split from AJPW is hard to overstate and was likely the biggest business story in wrestling all year in Japan (worldwide, Dave thinks the slow death of WCW is a bigger story in the long-term). If this award was for most influential wrestler outside the ring, Misawa would get it due to the successful start of NOAH.
The Rock should probably be the favorite. He's not the in-ring talent that Triple H has, but he's still pretty damn great and has had some classic matches this year. He was the top draw for WWF by far and kept the company afloat with Austin out injured for most of the year. Plus, his sheer celebrity and mainstream value to the company is huge.
Kazushi Sakuraba is a controversial pick and there's been a lot of debate over whether he qualifies, since he's MMA and not pro wrestling. Dave argues the case to why he should be eligible but it's hard to make a fair comparison to wrestling. But Sakuraba's historical legacy in MMA was cemented this year when he started beating members of the Gracie family one-by-one in PRIDE. Speaking of......


IMPORTANT NOTE: For only the second time ever in writing these Rewinds, I have hit the 40,000 character limit. So once again, the rest of this Rewind will be posted in a comment below, so keep scrolling. Upvote it for visibility I guess?

Hard Rock Hotel and Casinohttps://www.hardrockhotel.comGet on my guest list for 2016 Ladies! No Cover Charge. Friday through Sunday. Guys 10 dollars off co... Hard Rock Hotel & Casino Las Vegas Rehab Pool Party (Sep 2016) Do you want VIP Entry to Rehab at the Hard Rock Hotel during the Las Vegas summer pool season? Party Tours Las Vegas has you covered.Call us @ 855-977-7771 o... [email protected] Rock Las Vegas This is our EPIC journey to LAS VEGAS and the crazy things we saw. The Hard Rock Casino was amazing, and the Rehab Beach Club Pool Party did not disappoint!!! Call us ANYTIME - 1.800.956.3809 or visit us on the web: http://SiennaEntertainment.com/Rehab No Lines! No Waits! No Hassles! With our VIP Hosted Entry, Sien... This Is me In the Video..The Security Officer,,Yah It was a Blast Working There,,Never thought this would Happen,,,,NO COPYRIGHT INFRINGEMENTS MADE!!!,, Looks Like The Fights Were Better @ Rehab Than What I Witnessed Saturday Night. #mannypacquiao #floydmayweather #boxing #mgmgrandgardenarena #showtime #mgmgr...